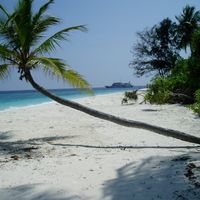 Tax investigations – undertaken when officials believe there is evidence of underpayment – are resulting in record hauls of capital gains tax.

Failures by owners of buy-to-let property to declare gains and pay the appropriate tax are believed to be behind the trend. Figures obtained by a firm of accountants show HM Revenue & Customs’ tax inspectors obtained £136m as a result of probes into underpayments of capital gains tax for the year 2013-14. This marks a 24pc increase from the previous year, when £110 million was collected.

The sharp upsurge has been pinned on the taxman putting increased resource into stepping up its scrutiny of private landlords.

Soaring property prices has helped fuel bigger profits for buy-to-let investors in recent years and the revenue suspects tens of thousands are unaware of the tax due, or are bending the rules and understating their capital gains, according to Mark Giddens, a tax partner at UHY Hacker Young, the accountancy group which obtained the data.

“The change in the mood music at HMRC means that property investors are now firmly in the crosshairs for tax investigations,” Mr Giddens said.

“There are a significantly greater number of buy to let landlords and private property investors in the UK than was the case 10 years ago, and they make tempting targets.”

Fewer than 500,000 taxpayers are registered with HMRC as owning second properties. The taxman estimates that the true number of landlords is much higher, at around 1.5 million, and wants to close the gap.

HMRC has been very public about its clampdown on landlords. It has run a number of campaigns warning those who fail to pay sufficient tax on either rental income or capital gains.

The letters warned landlords to put their affairs in order or else run the risk of a large fine or a criminal investigation.

In general the capital gains tax take is growing strongly, driven both by rising shares and property prices. According to the latest figures from the Office for Budget Responsibility the CGT take for 2012-13 was £3.9bn. It is estimated to rise to £6.7bn in 2015-16 and reach £9bn by 2018-19.

To take advantage of the loophole some homeowners “flipped” the classification of their main and second residences so they could limit eventual tax. Last year this “grace period” was halved to 18 months.

It is now very difficult for landlords to limit capital gains tax. David Lawrenson of Lettingfocus.com, a website for landlords, said: “Under previous tax regimes landlords had taper relief and other reliefs which took some account of inflation. There are no reliefs available now that take inflation into account.”

A spokesman for HMRC said: “Our enquiries are extremely effective.”